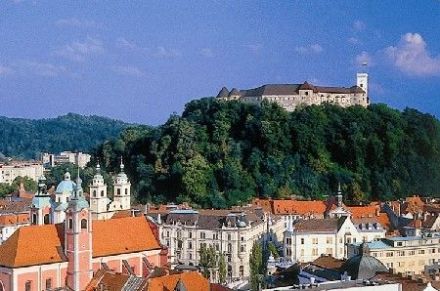 “Russian girls come with a couple of certainties. They will treat your money like they treat your sperm, they drain it all, daily, with a smile. The only area they economize in, is textile surface”, says an Austrian guy I have breakfast with on the first day of a language seminar in Ljubljana.

“It’s harder to keep a Russian girl away from her two-weekly manicure and pedicure and near daily shopping spree than it is to keep a rooster from cackling.”

I meet you five days later.

You have steel blue Scorpio eyes. When you look me in the eye I never know what you are really thinking. Could be anything from very deep to no thoughts at all. When you drive your fluorescent pink nails in my back, I never know if you mean to do it, want to do it, or simply think you have to do that.

I’m skipping almost all the classes of a summer course of Slovene to be with you. I met you in the castle overlooking Ljubljana. On the windy top of the castle your over-sized pink sun-glasses blew out of your hand and I scooped them up from the ground. Like it was a classical invitation to fuck you. I was tanned from all the sun. I was lean from the frugal seminar fare. I was confident.

Four days into this escalated flirt/ hormonal rollercoaster/ budding relationship (??) my hands smell like this salty-fishy blend of semen and pussy juice. It’s in the air, it dips the bedroom, the hall and the bathroom in some ubiquitous haze. It puts us in a state of constant arousal.

We never talk. We joke and we fuck, but we never talk. Not really. Every time I ask you a question about what life is like in Russia, you say something like: “Ow well, you know.” You’re either laughing or moaning. Or humming. You like to hum. Very zen, very hot, very zen. Always unperturbed. Whenever there is silence you start laughing hysterically and say: “Your eyes are funny.”

After meeting at the castle, we went straight to this house. You wanted to change your shoes. You were wearing white tennis sneakers and you wanted sandals. You only wore the sneakers for the steep walk to the castle. The house is neither mine nor yours. It’s the house of your uncle. An ‘uncle’ named Sasja. “How old is he?”, I ask. You drink yoghurt out of can in the fridge and say in between two sips: “No idea, 50 something?”

There’s no vodka in the fridge and I say: “He is not a real Russian.”

“He is”, you say, “a true Russian doesn’t store vodka, he drinks it. Besides, a real Russian drinks cognac, especially in his class.”

There are two bottles of expenisve looking cognac on the book shelf of his study. We try some. I don’t like it. But it’s gets better, later, when it blends with the aroma on my and your hands, your belly and the inside of your wet thies.

“When does your uncle come home?”

“He won’t. He’s in Montenegro. Business.”

“It’s too hot to be outside”, you say. You ask if I want to watch cartoons.

I’ll say yes to anything.

As if I’m planning to get one.

“I want to buy a pink mini cooper”, you say.

Around 22h, I say something like, “my dormitory is gonna close if I don’t go now.”

You put your hand on my cheek and push my head halfway around. “Don’t be stupid”, you say.

I stay. We watch ‘Wall-E’, the original version, thanks God, and after that we decide to sleep spoon fashion. With clothes on. You press your butt so close to me, I slowly move one hand up, close to your breast. A very small kiss in your neck. And you turn.

In the morning I go to the centre of Ljubljana and buy all kinds of fresh fruit. Over 40 euro worth of vitamins.

Maybe I have the subconscious belief I have to pay for sex in some indirect way. If I have confidence, it’s a lick of paint at best.

We watch the first movie of Ice Age and you eat blueberries and nectarines. 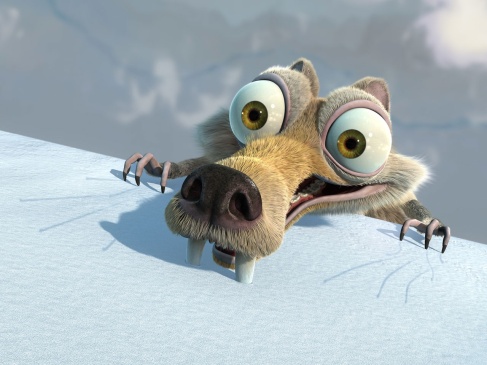 I lick you half way through the movie. You wipe my mouth with a napkin and kiss me.

It’s all over my T-shirt. And you give me a very disco like shirt of ‘uncle’ Sasja. You think it looks hysterical.

On the third day I do go to classes. Very much against my will. You go sunbathing with a friend. A Slovenian girl with short hair. She’s surprised I speak Slovenian. “Isn’t it hard with the dual form and all that?” She thinks I have a Czech accent. Czech sounds harder and less melodic than Slovene.

I stay at your house again. “Why are you studying Slovene?”, you ask when I come back from the faculty.

It sounds like you think there can’t be one good reason to study Slovene.

“The professor who teaches Slovene in Belgium is very inspiring”, I say.

“Ah, a father figure you’re looking to please”, you say.

Yeah, probably. That’s a no brainer.

You put on terrible, I mean terrible, Russian dance music and we have sex standing up in front of a mirror in the hall. You keep wearing a white T-shirt with a pink bear on it.

In psychology pink stands for the message: treat me tenderly.

I get very protective feelings when I look at you. And I wish I was twice as muscled and 10 inches taller, so I could make a nest for you in my arms and keep you there forever. This male power impulse to want to possess and cage youthful beauty.

“Where is this going?”, I ask on the morning of the fourth day.

“With that question you piss in our soup”, Olga with a mjagkij znak says.

Olga with a soft sign: Ольга as opposed to Олга without a soft sign (ь). Pronounced: Oljga.

“If you manage to pronounce my name correctly for this one time, I will tell you where it’s going.”

This mjagki znak makes the L sound like a French L, she tells me.

“Russian aristocracy is traditionally well-versed in the French tongue”’, you say sitting wide-legged on my chest.

You rub yourself off on my chest and say:

“Stares like the way you stare at me, make me royalty. I don’t think I’m royalty. But men insist on making me royalty. Like any girl’s dream is to be a princess.”

“You know nothing, Billy boy.”

This isn’t going to last. I feel it. Girls like these, they don’t stick around with guys like me.

On the fifth day, you say “I think you’ll have to sleep at the dormitory tonight”.

An ice pick through my left eye would have hurt less.

Uncle Sasja is about to return from his conference (?) in Montenegro.

We promise to stay in touch. You kiss me on the cheek when we part. A doernij znak. A bad sign, as they say in Russian. A doernij znak from the girl with the mjagkij znak.Walking to the dormitory it feels like there’s a hole in my belly, my gut is tied to the doorknob of your house and my guts are spilling out of my belly with every step I take. Still I walk on.

I send you a friend request on Facebook. You don’t respond. Russians use a Russian variant of Facebook, a friend tries to comfort me. But I don’t find you there. 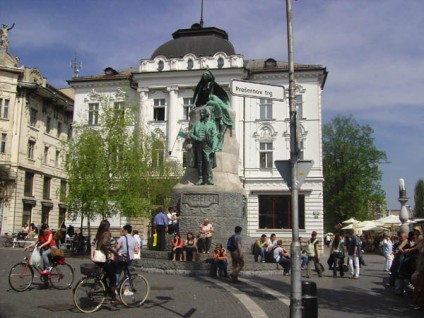 Ljubljana is small. Very small. Everything happens along the river. It’s a village. I see you. Sitting on the steps of the Preseren statue. There this small, fat, round, bald, pink worm-like entity glued to you. I hear your giggles, before I see you. I turn my back to you. And start walking. Just walking. To a bar. Any bar.

My friend sees my face drop and says: “Cheer up, dude, you had four days with her. You had a great time with her.”

“I don’t know if it’s such a good thing”, I say. “I feel like a man who was born blind, got his eye-sight for four days, only to have it taken away again. Those four days were so short, it’s like they never happened.”

My friend shoves me against a wall and walks on, saying: “You know what I can’t stand about you? No matter what kind of delicious soup life serves you, you always have to piss in it.”

I protest. The soup was great, I just want more of it. A little bit too much, is just enough for me. And four days is far, far too little.

My friend goes on. “Cherish the memory. Quit yanking. Move on. What else are you gonna do? Stalk her? Become a billionaire? Maybe it’s not a billionaire. Maybe she loves him. Maybe it’s really her uncle. Maybe she doesn’t want to get into a long distance relationship. We’re flying back in two days.”

I read somewhere that lavender suppresses sexual desire. I buy lavender soap. I wash my hands in seas of lavender. I put lavender on my pillow. I hang lavender on my neck. Lavender like garlic to fight off the lethal attraction to a modern day vampire, a giggling angel. Olga with the mjagkij znak.

My friend frowns: “You’re excessive about everything you do. Control-freak.”

I don’t answer. The lavender works. A little bit.

Follow My nerdy world on WordPress.com
Join 5,561 other followers