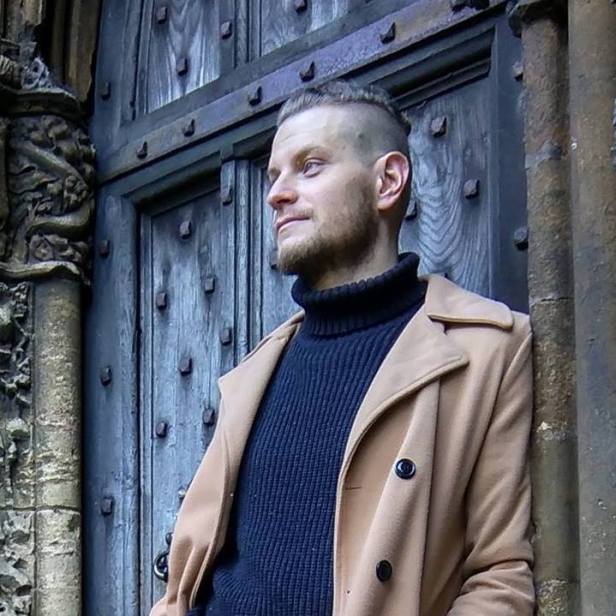 Jacob is from Poland, but is living in the UK. He’s not forgotten his roots obviously, because he’s offering this: https://lifetimetrekking.com/retreats

Of the many beneficial aspects this one appeals to me the most:

‘Switch off the news, social media and all other digital distractions’

Why do I so warmly recommend this?

Because Jacob – a guy I’ve never met in person and has never asked for any lame favors like retweeting his latest meal or liking an Instagram picture of his cat- has been very supportive of our project Bratislava Live from day one, even though he has no stake in it. His advice was to the point and concrete, he, among other things, sent us links to better recording equipment, just like that. How many times will a stranger offer to help you out? Not every day, I guess.

I have a good vibe about the retreat he’s offering, personally I am no fan of the mountains, I’m from the Low Countries after all, but it’s clear to me that you will find a lot of support, empathy, respect, spirituality and inspiration, perhaps even your Ikigai, if you join him and his time, this summer, in the Polish mountains.

No, I have zero point zero zero profit from it if you enroll. I’ll just be happy for helping a good-natured project along.

In january I met his eldest brother, his mum, his father, his sister, his two childhood trainers and some of his friends, thanks to Dennis Meinema from NRC.

From what we gathered I can tell you Peter Sagan is a nice, generous, fun-loving guy, who absolutely wants to win and can’t stand losing. He’s bored when he’s on his bike, but the taste of victory keeps him going. Nobody had anything negative to say about him, except about his hair. Slovak women seem to think men who wear their hair long are making a huge mistake.

I personally have zero interest in cycling, other than to get from point A to point B, but I had a lot of fun with Dennis, who’s a swell guy, with a great sense of humor, and very ambitious and enterprising. I got the feeling that Peter Sagan, his family and friends are modest people, polite, friendly, and not too keen on media attention. For some mysterious reason they were very helpful when we came knocking. Maybe because we looked like nice guys? I don’t know, it was a lot of fun.

Here are some pictures:

Dennis with a friend of Sagan. 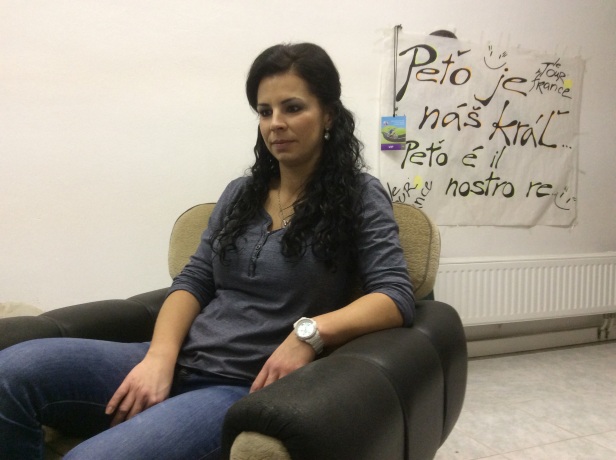 3. It’s not something that’s talked about, but…

I do have very bad moods these days. And they seem to be getting worse. The funny thing is that -outside of my family- only three people have really tried to find out what’s going on and they are all thousands of miles away, one is in Belgium, one is in Vietnam, one is in Thailand. This happened to me before and I understand why it’s happening, it’s a mental impasse and somehow I will get out of it, but it’s a particularly nasty one.

And there’s always Captain Jack Sparrow to get different ideas.

He was always drawn to the misfits, the weirdos and the mavericks, because they seemed to be the richest in wisdom and empathy. Although at the same time he also had a almost perverted fascination for the financially rich and the materially succesful. He was split in that way. I suppose he was split in many ways. He did try to positively influence everyone he met on his path, unless they displayed any signs of arrogance. Often he found himself in a dream-like state, holding imaginary conversations. Those who knew him the best discovered that they could tell by the movements of his right hand if he was talking to someone in his mind. He would often sink into black ponds of depression and self-loathing frustration. As soon as someone knocked for help he would snap out of this putrid mood. He somehow tried to live the life he felt his father had deserved to live. Some labelled him borderline, with a fragmented personality or the lazy genius when they were running around getting one of his scenarios on stage.

He was egotistical and vain, but hated egotistical and vain people above all others, perhaps a sign of self-hatred. He never forgot even the slightest insult and often thought ‘nemo me impune lacessit’, which he practiced very rarely though. At the same time he also never forgot anyone who had supported or encouraged or believed in him at any point along the way. He felt other people’s feelings and motivations and subtitles intensely which filled him with despair and a manic need to express himself and filter all the impulses he had no shield against. He tried to build the reflex to not abuse his peek behind people’s curtains, an attempt he was not always succesful at.

All too often he would struggle to keep appropriate boundaries, except as a therapist, a role that temporarily brought out the best in him. He was certainly not the best friend you could wish for, but he did love sharing his little successes and windfalls with you. Perhaps as the charming closet-case narcissist he was. He did make the biggest effort to get to know the real you. Although you could never tell if he wasn’t going to use part of your history to whip it into a story or a play. He loved and hated with ravenous fire, and was loved and hated in return. He was a fettered slave to his insane appetite for life, people and pleasure and rarely found satisfaction. It was his appetite that killed him. Something we all saw coming. He was smiling radiantly floating down the Styx. His father was banging the keys off an old typwriter on the other shore. This song came quite close to capturing his essential sentiments.

5. The post that cost me at least one reader

That’s 25 percent of my readership!! Gone! Whoosh! Imagine the impact on my income from advertisements.

On the bright side: the reader explained her reasons for unsubscribing, whereas most people will just ‘ghost’ you if you do something they feel even slightly slighted or annoyedd or disgusted by.

Yes, I know, I’m cheating, I already wrote an episode this morning, but it’s so close to midnight that this one counts for tomorrow.

One thought on “5 awesome things a day :: Digital detox in Poland”