What I like about the media outlet Russian television is that they are hardly trying to hide it.

What I greatly appreciate about them is that you can usually trust their facts. On Russian Television they serve you carefully selected facts to push an agenda. CNN does exactly the same, but it’s far less obvious about it. RT even shows its colors in its name. It’s here to show a Russian view of the world. CNN ultimately wants you to think whatever benefits the rich, but they will never admit that.

CNN is just one example. All mainstream media in the US have the same agenda. With Fox News as the loudest and most tasteless. Fox News is the hot chili pepper of American propaganda, CNN is somewhere in the range of mild curry.

What you get on RT:

They dare to go against mainstream consensus and they present you with different opinions. Like this week they did not blindly jump on Greta Thunberg’s band wagon. They do ask more questions than over at CNN.

They are openly leftist when it comes to economics. To be exact: it clearly supports leftist policies in the US and the UK. They are clearly pro Bernie Sanders, Jill Stein, Tulsi Gabbard, and Corbyn in the UK for example. Personally I am ok with that, because I tend to favor social democrats. They have an obvious bias, but I like that. It’s more honest. ALL media are biased, but most pretend to be objective. At least RT is pretending a bit less. It peddles what Putin wants you to think. It uses facts to do that. Sure, it won’t tell you Russia is run by an oligarchy, but at least it explains how the US is run by… an olicharchy.

They cleverly exploit good looking women to present a lot of their shows, but with some exceptions, all media outlets all over the world do this. At least over at RT they look like the sophisticated sort of women any book nerd would wish to have dinner with and not like poster girls for plastic surgery and a lobotomy.

RT’s overall story is consistent. The non-productive billionaire class lulls the western working class to sleep with fun and games and politically correct rows to keep the sit at home social justice warriors busy and America’s military industrial complex does all it can to push for war to make more profit. These are two very real and very essential dynamics. You will never get such a consistent world view over at CNN. We’ll get to that.

Big plus, it has no reason to cover up the crimes of Israel and will show you just how sick Israel’s absuse of Palestinians is.

It gives a platform to important anti-establishment intellectuals, such as Noam Chomsky or Chris Hedges, to name just two.

So let’s take a short look at CNN.

I don’t care about CNN’s articles with travel tips, cooking, fashion, celebrity news, reports on technology, vulgarized science articles or anything like that. I suppose most of that is entertaining and well written for anyone interested in those topics. Even for these ‘light’ topics I would not turn to CNN, but they are ok.My problem with CNN is that it should be just as honest in its mission and be called AT. American Television.

It promotes a strictly pro-Israel view of events in the Middle East. It will demonize whoever America’s elite wants demonized and cover up for tyranical, but useful foreign policy props. For example, Syria’s Assad bad, Saudi Arabia good. Or at the very least: Syria’s Assad is an illegitimate ‘regime’ whereas medieval and feudally led Saudi Arabia has legitimate leadership… If this one glaring example doesn’t raise your suspicion none will…

When it comes to politics and economics it will not fundamentally question America’s current form of capitalism, which has all the characteristics of a corporatocracy. It will give way more attention to candidates such as Donald Trump or Hillary Clinton or Joe Biden. Why? Because the American financial elite are ok with those candidates. The little bit of attention they do give to candidates like Bernie Sanders is biased and cleverly framed to make him appear like a fringe candidate, even when he was drawing for bigger support than Trump and generating for more enthusiasm than Hillary Clinton. I do not ask of CNN to promote the candidates I like, but if they pretend to be an ‘objective’ source of information I do expect them to give an amount of attention to a presidential candidate proportionate to the buzz his or her campaign manages to create. Otherwise they are just managing the election campaigns and not really reporting on them. We have CNN to thank for Trump and not RT. RT preferred Bernie Sanders, and when he gor cheated by the DNC, which wanted Hillary from the start, they preferred Trump, but CNN still has a far more profound impact on the American public than RT. And back in 2016 ANYTHING Trump said or did was newsworthy to CNN. This while Bernie was filling stadium after stadium with fans. Nobody who’s fair can deny that Trump got an absurd amount of attention. Any school boy bully remark he tweeted made headlines, whereas Bernie explaining how the US was failing its citizens got a couple seconds of attention, always in an amputated form to make him look like a geek nobody was taking seriously. This while, for example, social media was berning red hot with support for the man.

So that’s it. Both are propaganda, bur with RT you know what you are getting. CNN dupes people into thinking it just reporting the news.

Both operate by presenting certain facts, but far more essential is what they choose to leave out.

CNN will tell you Saddam gassed the Kurds, it will not tell you the west supplied Saddam with lots of gas to attack Iran and how Saddam was a good boy as long as he only made war on long hated Iran. This is just one tiny example for the sake of brevity.

Just like RT will tell all about the dwindling middle class in the US and the UK and how a struggling class of ‘working poor’ is facing less purchasing power than their parents and grandparents, BUT will not tell you too many details on how most Russians are also… fucked.

I check both CNN and RT on a daily basis, they’re both very consistent and obviously professional in what they do.

I suppose that what’s really going on in the world when it comes to the fight for economic influence is somewhere in between both viewpoints.

And as mentioned before this article doesn’t focus on the ‘fluff’ that both present to entertain their readers. They can write all they want about some ‘sexy’ female wrestler or about the ten top things to do as a tourist in Budapest. That’s the tasty sauce that comes with the drug. And the drug is a view on the world. CNN keeps pushing the myth of the good old American dream, a more digestable version of the slogan ‘greed is good’ with all its usual extensions such as the US army as a harbringer of peace and democracy. RT promotes social democratic ideas. Tax the rich, favor industries that actually produce something, not Wall Street (it has entire programmes to repeat how the stock exchange is just a casino) and it will never help you to understand Russian society or serious opposition to Putin. Often it has a weird combo of progresssive, liberal views with bullshit clickbait about some fit looking Russian athletes who are big on Instagram thanks to their sun tanned buttocks. Is there an other way to be big on Instagram?

As long as you ask ‘qui bono?’, ‘who benefits?’ from the news, you should have a fair idea of what you’re reading and especially, what they don’t want you to read.

The most effective propaganda lies by omission. 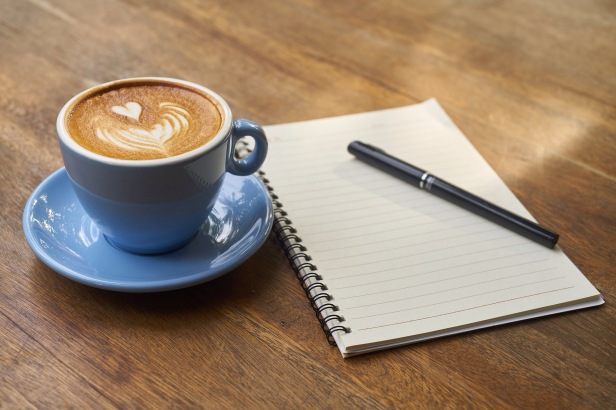 If you’ve had some fun on our site, you could spread some joy of your own and support us. We are hell bent on improving the quality of this site. If you treat us to just one cup of coffee (2€) we will feel energized to raise the bar. Every donation will strictly be used to improve this website. So no, we won’t actually buy coffee. Thank you very much!