Similar, but different enough to get very confused.

— Yes, it’s a lot. Most people in Belgium have less than four slaves.

— Oh my God, how many do they have then?

— One or two is more common.

— Wow. I knew Belgium was rich, but wow. And what do they do?

— The slaves go to school, of course.

— To find a good job later.

— And who gets the money then? The slaves or their owners? This is so weird. And this is legal? You can have slaves in Belgium?!

— Yes, of course you can have slaves. Isn’t it legal everywhere to have…?- Oh, wait a minute.

I studied Slovene, Russian, Bulgarian at the university of Gent, Belgium.

There are similarities between all Slavic languages, but sometimes the words have got entirely different meanings.

The above conversation is how I found out that the Slovene word for ‘child’ means ‘slave’ in Slovak. 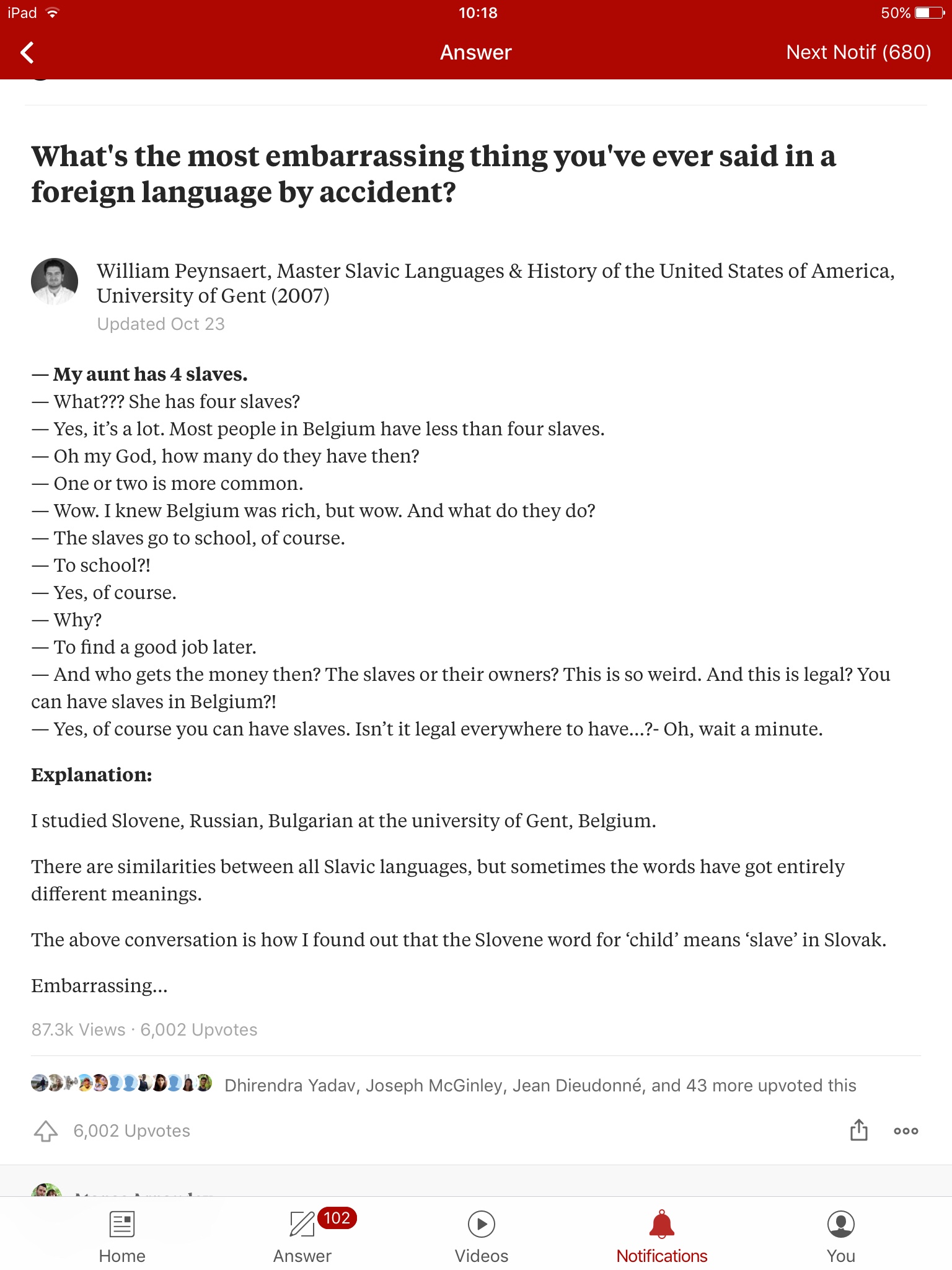