I dream that I have won two tickets to a concert online. This is unrealistic because I never participate in any kind of contests.

The conditions of the prize are a bit special. They are not tickets to any particular concert. I get to choose the concert and the price of the tickets will be reimbursed. I think the traveling costs as well.

I ask my wife which concert she would like to go to. She picks a concert near us and the tickets are very cheap. 15 euro.

Am dissapointed and try to explain to her that this doesn’t pay off well. We should find more expensive tickets. To some concert a bit further away. But there isn’t any concert I want to see. All I can think of is a Rolling Stones concerned. And am lukewarm about that too, because The Stones haven’t sounded really good live in 40 years.

To me it means that I expect ‘glamor’ to be supplied or infused into my life via my girlfriend. Because I myself am a dull dude who lives the life of a recluse I long for my girlfriend to be very sociable, outgoing and maybe provocative. To go to a reception or some social event and steal the show there only works for me when I am in the exact right mood. Which isn’t often. But I could ride along with a woman who loves the spotlight.

This reminds me of how Kurt Cobain solved this. Or tried to solve this. I think he married Courtney Love in part because her stronger (also waaaaay more toxic) personality could function as a beacon for him when he found himself in the spotlight. Make no mistake Cobain WANTED to be in the spotlight. He just couldn’t handle it well. So he needed people around him to support him. Or to draw attention to themselves, while at the same time that attention would also go to him. If his wife could get attention that attention went to him as well in a sense. Enter Courtney Love.

Before his longest relationship had been with Tracy Marander. She was loving, tender, stabile, supportive. There is a good chance that the comfort and quiet she provided for some years is one of the main reasons Kurt managed to write some of his breakthrough songs. Well, she wasn’t going to seek the spotlight, so eventually he left her. From then on he seems to have been on the lookout for an extroverted punk rock icon to function as some sort of shield in the spotlight he both craved and feared.

I may well be wrong about this, but at the very least Tracy Marander agrees with me if you listen to her in documentaries. (though she has never ever claimed she has anything to do with Kurt’s success. She is super humble.) If you compare pictures of Cobain during his time with Marander and during his time with Courtney it becomes obvious Cobain alongside Courtney is trying to show more star allure and at the same is falling apart. Alongside Marander he at times seems very cheerful or just normal or brooding.

What’s true is that I married my Tracy Marander. I think in part because I know a Courtney Love type, even one who is not a sociopath, would, sure, give me some perks and could possibly satisfy my attention whoring (something I fail to do on my own) but I know she would also exhaust me and that I could probably not deal with the drama that is inevitably a part of the package.

This dream just reveals my longing for my wife to be good at attention whoring, about being cunning when it comes to making money, etc.

In short, a longing for a woman who has the same sickness as me, but knows how to capitalize on her sickness and mine.

Don’t you love how honest our dreams are?

By the way, am pretty sure Kurt Cobain would still be alive if he could have found someone like Tracy Marander, but perhaps a bit more dominant to basically nurse him to stay sort of sane. The excitement Courtney offered was too big to resist, I guess. They must have been very compatible in their childhood wounds. 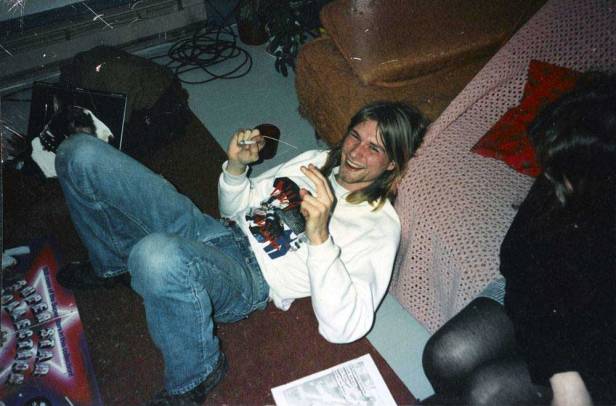