I grew up in front of the television screen. Not that my parents and I never did anything else, but we watched a lot of television. Other activities included reading, taking care of our vegetable garden, Playmobil and eventually video games (which seriously fucked up my life I must say).

One of the many series we watched was the Wonder Years. The intro still makes me almost tear up. It’s very undearing. Like a big shot innocence.

My dad had to laugh a lot watching it. I think he identified with the father of the series. A guy who hated his job and had few joys in his life. My father was a lot more fun than Kevin Arnold’s father, but there were some overlapping characteristics.

I manage to rewatch the entire series some months ago and it’s still enjoyable, although some of it gets annyoing as well. So why did I enjoy it?

How did it change me? I was a kid when I watched this show. I don’t remember exactly what I thought about it, but I remember how much I enjoyed it. It felt like a big family event when it was on tv.

It’s a part of a dynamic that made me think understanding history was like humanity’s holy mission or something. Am not sure how to explain it. There was something sacred about history. There was a sense of missed of opportunities. Something had gone terribly wrong and maybe if we studied it we could fix it.

Of course this was a metaphore for my father’s life and the mood at the home. Things had gone wrong in my father’s childhood. I think by watching the world in turmoil we felt some relief from the stress of my father’s lost opportunities.

Am sure that this is also why I am constantly watching documentaries about horrible catastrophes. These docus definitely act like a drug. They calm down my own sadness about the turmoil in myself and in my family. They keep thoughts about how life could have been very different, brighter, easier, more exciting, more fulfilling, at bay.

I don’t know if YouTube will keep this video up, but below you can watch the intro of the Wonder Years. 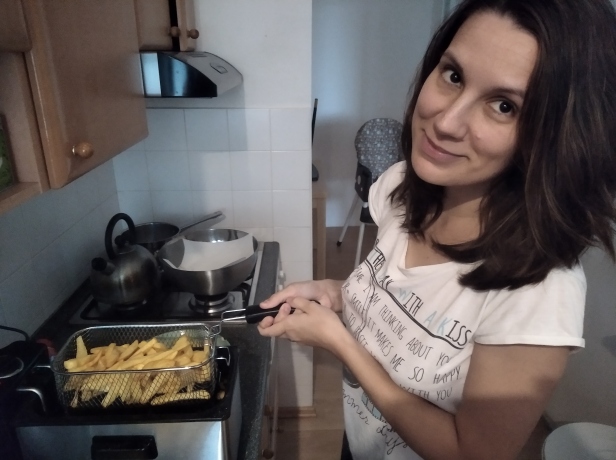