“What are we if we don’t try to help others? We’re nothing. Nothing at all”, says Henry Marsh in the moving documentary The English surgeon. I immediately had to send the docu to a good friend in the Netherlands, expert on all things Slavic, Abram Muller. An ardent student of humanity, even if he doesn’t see himself that way.This surgeon has been going to Ukraine for many years in order to perform complicated surgeries in less than optimal circumstances.

I felt like watching it because in between frantically taking in one docu, lecture, movie or article on either the wars in Yugoslavia or the American Civil War or the holocaust, I needed to watch something about people who are trying to help.The surgeon immediately had my sympathy when in the first quarter of the docu he fights a losing battle with a bureaucratic computer system that is designed to register his every move. Except that it doesn’t, because he can enter only one activity per day. In the end the system doesn’t even allow him to register that one activity. He stands up yelling he has no time for this. Am no surgeon, but I want to teach, not deal with horribly outdated forms of red tape to keep track of what I do in a classroom.

Where the HELL can I register that I help students accept themselves or where is the space to indicate that no teaching took place because the student had a rotten day and needed someone to listen to his/her story more than an exercise on the past tense in Dutch?Later in the docu he’s invited for lunch by the mother of a patient he couldn’t save. Heartbreaking doesn’t quite describe what you get to witness. Quite incredible that this docu was even made, because you see some very intimate moments with people shown in all their vulnerability and fragility. Was anyone even aware of the cameras?I am a magnet for beggars. Ask Zuzi if you like.

No different today. I’m walking home after teaching a most generous, ever cheerful and eager student at Pilsner. The first beggar that tries to stop me I ignore. If I would give to every beggar that stops me my work because a zero sum game. The second one manages to put the hook in. At first I pretend I don’t know Slovak. One’s credibility in this case suffers when you say this in Slovak while wearing a T-shirt with a picture of Banska Bystrica and the name of the city written all over it.At first I don’t want to give him anything, cause am actually afraid of my own often plain dumb generosity but I can’t resist the question: What happened? How did you end up in this situation?He explains how he is from the east. Volkswagen had promised him a job and a place to stay, but none of that was forthcoming. Now he has no money to get back home. If he can get the 2 euro he stays at a shelter near the airport.

I know there is a shelter for the homeless there. When you take the bus to the airport you are often joined by homeless people with a particularly intrusive ODOR.I tell him I have no coins in my pocket. He keeps talking about his two daughters. How he doesn’t drink. He asks for lunch tickets. He calls me ‘boss’. The literal translation of the word he uses would be ‘the one in charge’. And so on.He asks if I have something to eat.I give him two cans I got for free at Pilsner.

My generous students always give me some drinks to take home for my family.I have the almost autistic habit of collecting 2 euro coins in a gigantic jar that used to contain olives, but I dig into my wallet and part with one of my beloved 2 euro coins. 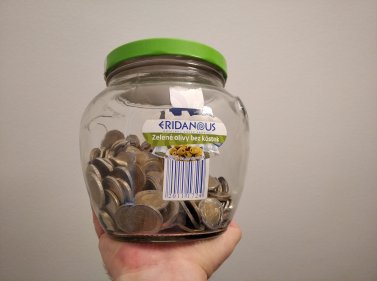 But this guy is a natural talent. He says that now he has the choice to either pay for a bed at the shelter or for food.I part with another 2 euro coin.He says not to worry. The lord our God sees everything.Yeah, yeah, yeah. Where was God when drunk Serb brutes were going around slitting the throats of babies when their desperate mothers couldn’t stop their crying? Where was God 25 years ago in a little town called Srebrenica?

I walk home thinking: so this morning I bought only apples and bread and not the more expensive pizza and now I give four euro to some random dude on the street.I used to be almost enthralled by Mister Tony Robbins, so at at time like this I always remember how he always gives to beggars. Because ‘life will pay you any price you pay of it.’My calculating mind still draws up the tally in my favor. In my life I have still received far more than I have given. So to my capitalistically corrupted soul that is a soothing thought. Kinda sad, I know.Did he tell me the truth? I honestly don’t care about that. Whoever goes begging probably needs it. Maybe am too proud of my empathy, but he was a good guy. If his story is true I hope he gets home.Giving the scene an almost apocalyptic feeling is that we are standing right in front of a site that is know as Hiroshima here in Slovakia. Luckily the sun is shining brightly to give a sense of hope. 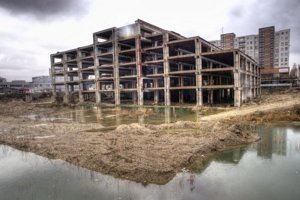 Maybe the only morally right thing to do was to give him the 15 euro to pay for the train ticket to get home. Now he has 4 euro, food and a bed for the night, but he’s still stuck here. I helped without fixing anything. The communists I used to work for would have been totally against giving anything for ideological reasons. The state needs to solve this. Charity perpetuates a sick system!

By the way, am starting to think the first beggar to approach me was somehow connected to him. I attract beggars, but usually even I don’t attract them at a rate of two per 30 seconds.Usually I have serious qualms about putting a donate button under a blog post, but hey, not today.And yes, it’s silly to show to the world how you tried to do a good thing, but I don’t think anyone who seriously reads this website thinks even for one second that I write this blog to show what a great person I am.He gave me fist bump. A mini Slovak lesson. A benediction I would rather receive from him than from any priest. Some insight into my constant calculating if what I do somehow pays off. Inspiration for a blog post. He gets to eat, sleep in a bed OR drink himself into a total stupor with a cheap bottle of slivovica. May he thoroughly enjoy it. 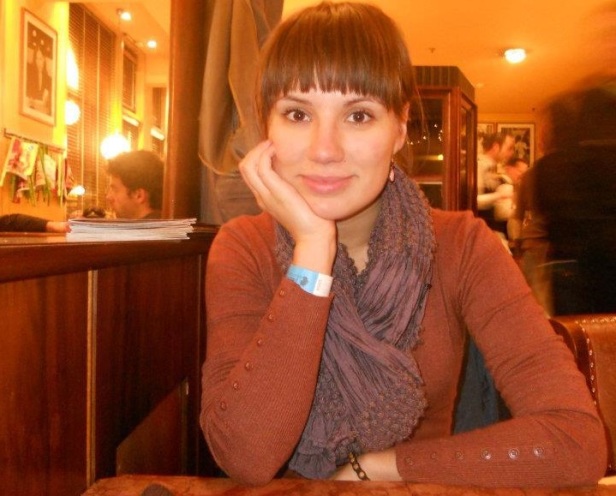 If you’ve had some fun on our site, you could spread some joy of your own and support us. We are hell bent on improving the quality of this site. If you treat us to just one cup of coffee (3€) we will feel energized to raise the bar. Every donation will strictly be used to improve this website. So no, we won’t actually buy coffee. Thank you very much! PS Yes, this is a picture of Zuzi.