We were at a market in Prague today and started talking to Hakki Göktas, the founder of Slashpay.

He’s orginally from Turkey, but he lives in the Czech Republic. The company is based in the UK, but over there his company has a lot of competition.

What does he offer? 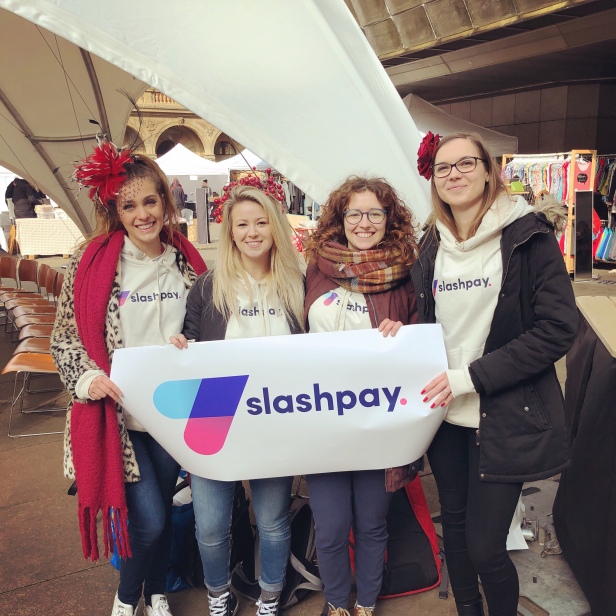 First of all, when you’re at a market, his team can ensure payments by card. You’re customer buys something from you, but he or she goes over to the table of Slashpay and pays there by card.

Second of all, his company makes payments through social media radically faster.

You can shop, pay and donate money in less than 20 seconds through the use of #hashtags.

They are cheaper than Paypal, meaning that they take a smaller cut out of the selling price than Paypal.

Hakki and his team members have the charming vibe of a new company that believes in itself, they are all very fluent in English and clearly like to connect with people and learn about new things. There’s a chance they will be offering their services at the Urban market in Bratislava, which is held twice a year.

If you’re organizing a market or if you’re selling products through your social media accounts they are worth getting in touch with.

Slashpay is one of those companies that’s reacting with speed and business acumen to a world that’s still adapting to the internet revolution.

You can contact Hakki via email: hakki (at) slashpay.com