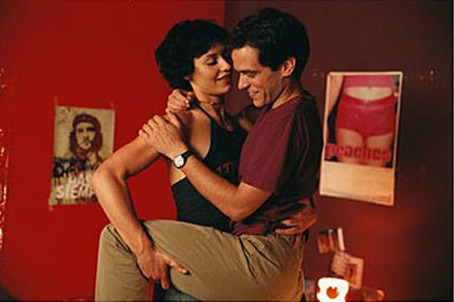 A certain munchkin with a pert nose has recently told me that women are not that different. She’s experienced. Just not with women.

Women are very different when it comes to sex.

I think that could have been a newsflash back in 1959, but here goes anyway…

Some cringe when you touch their clit in any direct way.

Some like it when you lift the hood of the clit and apply all the pressure you can.

Some like four fingers in them while you nibble their labia.

Some like to be clitorally stimulated during doggy style, other women smack your hand away and say they want to focus on the sensation of penetration alone.

About one if five can come from penetration alone in any situation.

Some can’t come from penetration alone, but can come if you carry them and they grind their crouch against you while you’re inside them. Excellent fitness by the way.

Some like to bust your balls and grab them in a vise tight fist.

Some like to sit on your face and put a foot on your crouch.

Some want you to come on their breasts.

Some love to swallow, others gag and have to spit it out and claim it tastes like salty coffee.

Some like to be beaten and whipped, even directly on their genitals.

Some can’t bear anything other than a gently touch, whereas the same pressure would only tickle others.

Some are bisexual and crave threesomes with an other woman.

Others cannot be convinced to sleep with two guys at the same time. Their loss, I guess…

Some can only come if they keep their underwear on.

Some come after two minutes of stimulation, some need half an hour.

Most want sex much more frequently if they come a lot. The opposite of men in a way.

Some like sex in public places. (Never understood the thrill, but ok)

Some – a minority- have no problems having sex during their period. Most feel very squeamish about that. Most can be convinced to do it anyway.

Some will put your seed in the pancakes.

Some are paranoid about protection. Others you have to push off of you to remind them of certain hazzards.

Some come if all you do is gently licking the lane between their vagina and their clit.

Some come if you lick in circles around their clit.

Some will pay you.

Most will do absolutely anything.